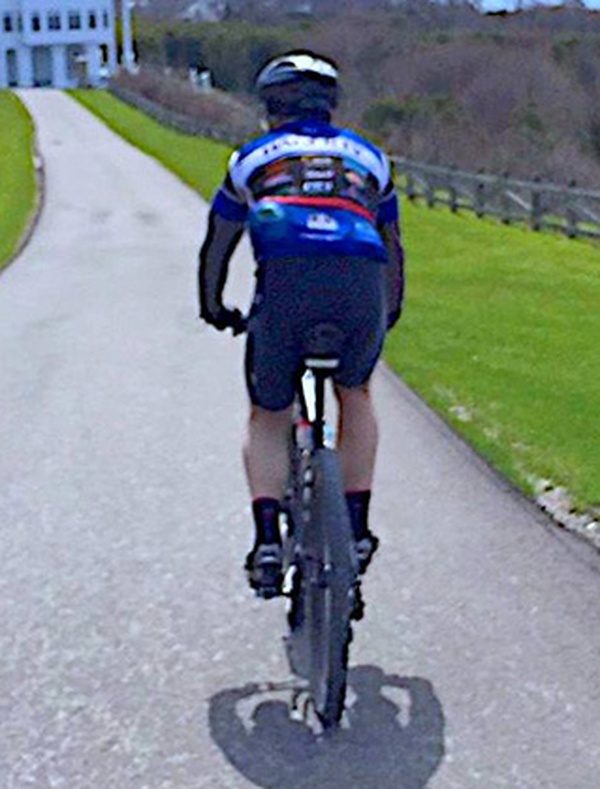 I moved to TC in ’09 and started a photography business (Photographic Impressions North) specializing in youth sports photography. And because I have done it for 30+ years, and extra money is always good, I still tend bar a couple/few night a week at The Jolly Pumpkin.

After having been introduced to mountain biking in the mid 80’s on Mackinac Island, I rode recreationally for many years before turning to running as my exercise of choice. After 6 marathons and a hip that deteriorated with the help of arthritis, I got the hip replaced in ’11 and decided that running might be better left in my past. After one last half marathon (cuz I had to prove to myself that I could) I bought a mountain bike and started to ride trails.

My old college roommate, Paul Olson, had started road biking and was really loving it, which sparked my interest in that, so I found an old Lemond on Craigslist and decided to give it a go. I had never thought that I would enjoy road biking… boy was I wrong.

Now my dining room is home to 3 bikes, and I own way more spandex than I ever dreamed possible.

While I have enjoyed becoming a stronger and faster rider, as well as starting to learn the intricacies of riding and racing, my favorite parts of any ride are the all too brief moments when déjà vu has me feeling the joy that riding my bike brought me as a kid. That feeling of freedom and independence, together with the ability to go further and faster, opened up the the world and fostered a wanderlust that still live in me.

Those moments don’t seem to happen nearly as often when I’m riding with my mind on an upcoming race, or when I’m trying to PR a segment, they more often happen when I’m just out riding to ride.

The first “serious” biker I rode with was Mark Dressler. Even before his diagnosis he always preached that some rides should be just for smelling the flowers. (This is not to say that he didn’t enjoy dropping someone on a flat, or blowing by them on a climb, only to eventually be waiting up ahead with a slightly sideways smile).

The importance of those “smell the flowers” rides is a lesson I will always be grateful for, and while I will work hard to get stronger and faster, I will also be sure to enjoys some rides as stand alone events, to be enjoyed in the moment and not in preparation for a future ride or to be compared to a past ride.

I thank you all for letting me be a part of Hagerty Cycling and I look forward to riding with you.